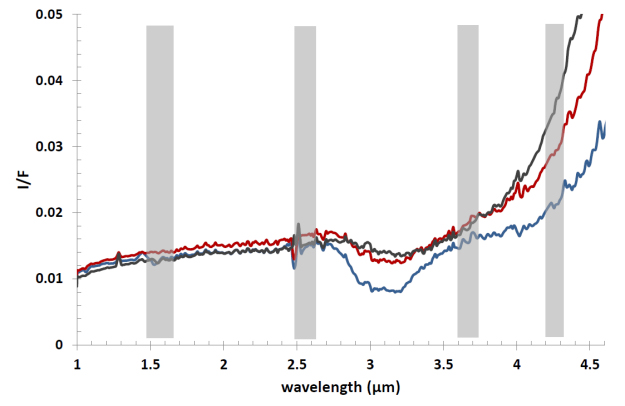 The black spectrum shows a weak dip between wavelengths of 2.8 and 3.6 micron, which is produced by organic compounds on the surface absorbing the comet's thermal radiation.

The shape changes gradually from the black to the red and then the blue spectrum. In the blue spectrum, the dip is much stronger and shifted towards shorter wavelengths (2.7 to 3.6 micron), showing the characteristic shape of an absorption feature caused by water ice on the surface.

The three spectra demonstrate that water ice is only found on patches of the comet that are cast in shadow, suggesting a cyclical behaviour of water ice during each comet rotation.