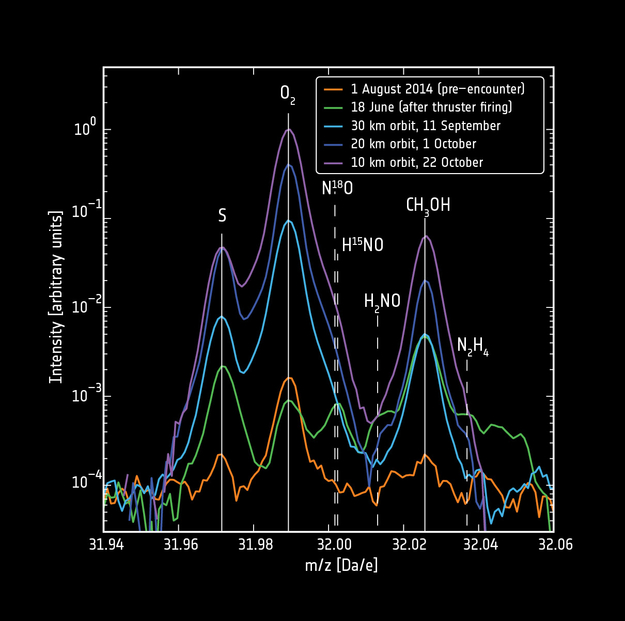 ESA's Rosetta spacecraft has made the first in situ detection of oxygen molecules (O2) outgassing from a comet.

More than 3000 samples, collected around the comet between September 2014 and March 2015, were analysed to identify the O2.

High-resolution measurements allowed molecular oxygen (O2) to be distinguished from other species like sulphur (S) and methanol (CH3OH). The detection of the coma gases is stronger closer to the comet nucleus, as expected. The contribution to the detection from contamination from the spacecraft thruster firings during manoeuvres is very low.

This surprising detection of abundant molecule oxygen suggests the molecules were incorporated into the comet during its formation.