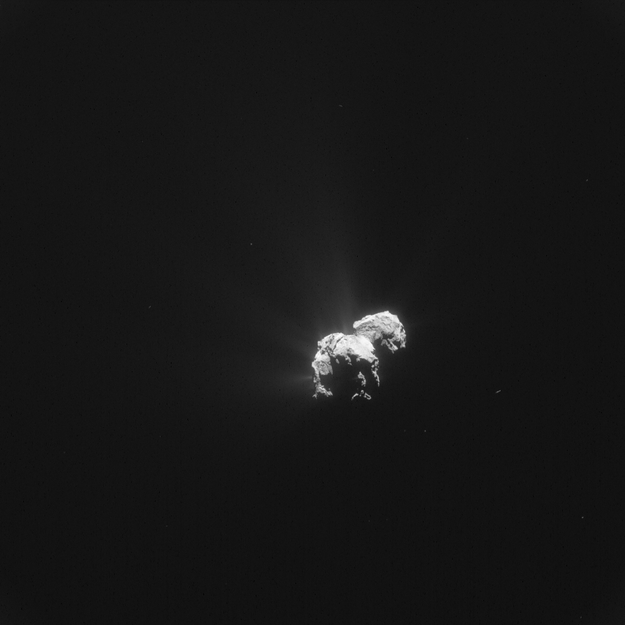 Another view of the comet on 26 October, but from 6 hours later, is available here.