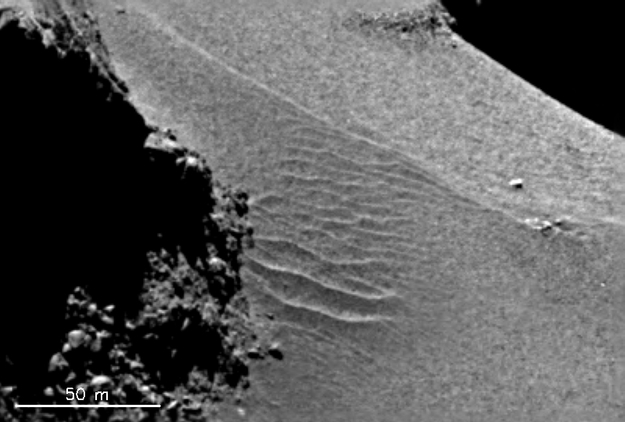 These ripples in the dust in the Hapi region resemble wind-blown features seen on Earth and other planets. An investigation of these types of features on comet 67P/C-G, using images taken with the OSIRIS narrow-angle camera and computer models, has shown that the airfall phenomenon is an important process in defining the surface properties of a significant fraction of 67P's nucleus.

Airfall is a process whereby particles that are ejected from one part of the surface, for example when icy material sublimes, do not reach escape velocity and instead fall back on another part of the comet. This creates smooth plains that can be as much as a few metres thick