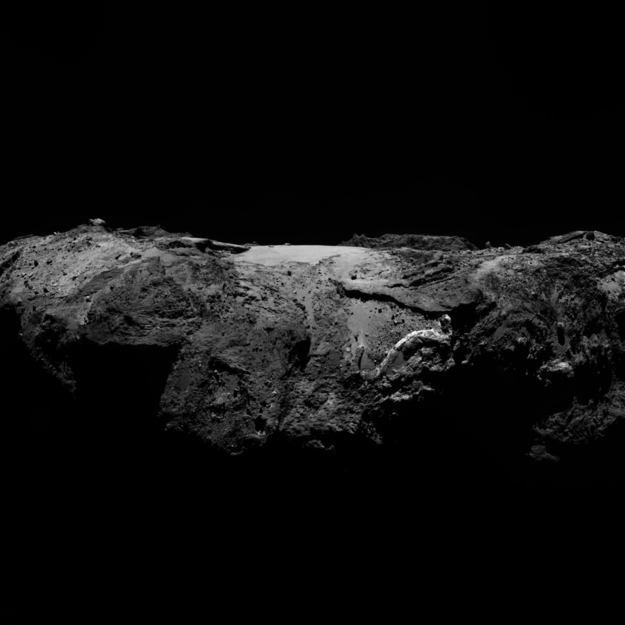 Single-frame OSIRIS narrow-angle camera (NAC) image taken on 2 January 2016, when Rosetta was 86.8 km from the nucleus of comet 67P/Churyumov-Gerasimenko. The scale is 1.57 m/pixel.

The image shows an edge-on view across the Imhotep region on the comet's large lobe.