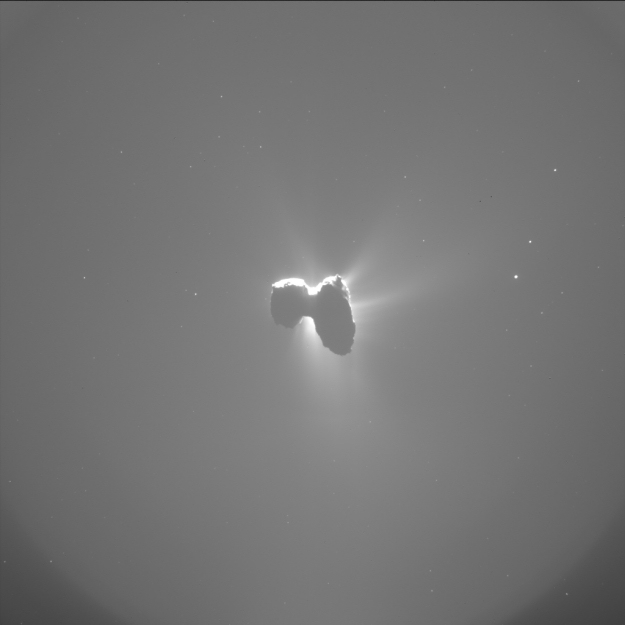 Rosetta navigation camera (NavCam) image taken on 27 March 2016 at 329 km from the centre of comet 67P/Churyumov-Gerasimenko. The image measures 28.7 km across and has a scale of about 28 m/pixel.

In this view, the comet is backlit by the Sun, which is only 21 degrees above the line of sight (the phase angle is 159 degrees). A number of background stars are also visible across the image, which has a 5-degrees field of view.