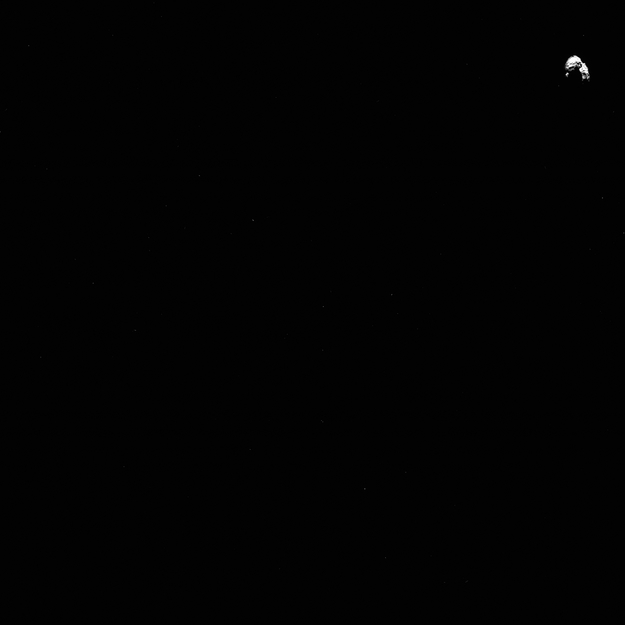 OSIRIS wide-angle camera (WAC) image taken on 3 April 2016 on the way back inbound from the tail excursion, when Rosetta was still 442 km from the nucleus of comet 67P/Churyumov-Gerasimenko. The scale is 43.6 m/pixel.