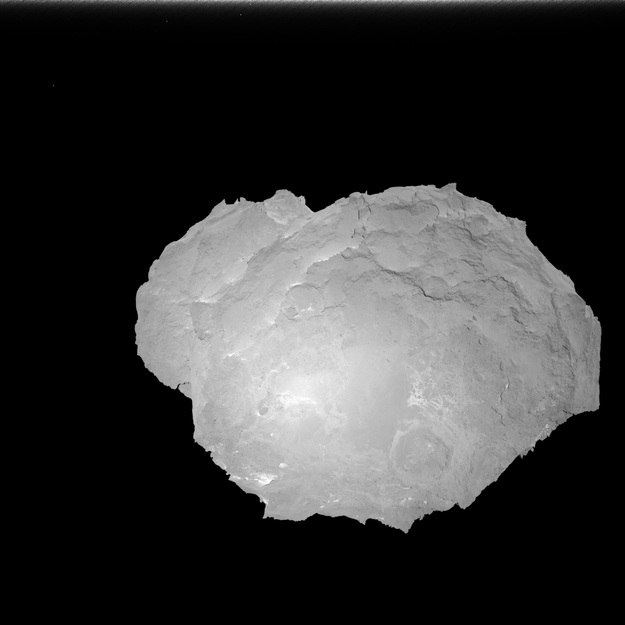 OSIRIS wide-angle camera (WAC) image taken on 10 April 2016, when Rosetta was 29.9 km from the nucleus of comet 67P/Churyumov-Gerasimenko. The scale is 2.9 m/pixel.

Rosetta performed a 30 km flyby in the night of 9 to 10 April, and this image was taken about an hour after closest approach, showing the comet's big lobe in front and the small lobe in the background to the left. Furthermore, the unique observing geometry is such that the spacecraft is almost exactly between the Sun and the comet, with a phase angle of 0.9 degrees, revealing optical characteristics of the surface that cannot be seen otherwise.