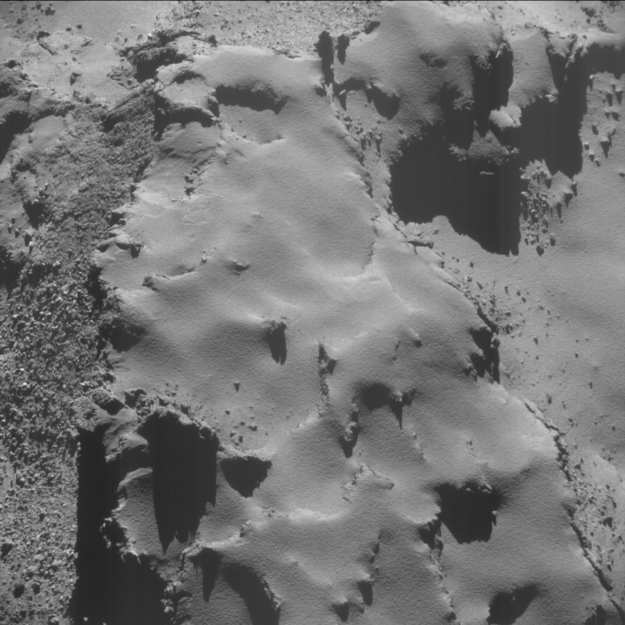 Rosetta navigation camera (NavCam) image taken on 18 July 2016 at 9.5 km from the centre of comet 67P/Churyumov-Gerasimenko, or about 8 km from the surface in this view. The image measures 0.7 km across and has a scale of about 0.7 m/pixel.

The image has been cleaned to remove the more obvious bad pixels and cosmic ray artefacts, and intensities have been scaled. The faint vertical striping is an image artefact.