Evolution of a comet outburst

Evolution of a comet outburst 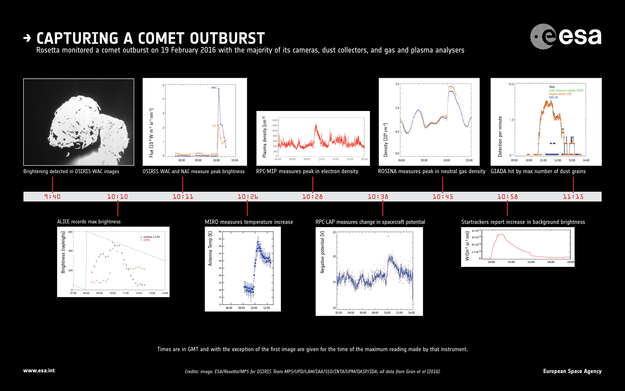 The majority of Rosetta's instruments were on and pointing at Comet 67P/Churyumov-Gerasimenko at the time of the outburst on 19 February 2016, allowing a clear chain of events to be reconstructed. The graphic highlights some of the measurements from the cameras, dust collectors, and gas and plasma analysers, with each one recording a peak compared with background levels at various times during the outburst.