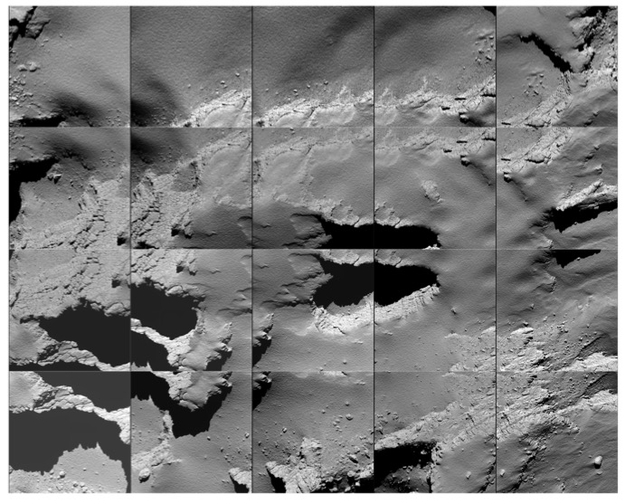 Sequence of images captured by Rosetta during its descent to the surface of Comet 67P/C-G on 30 September.