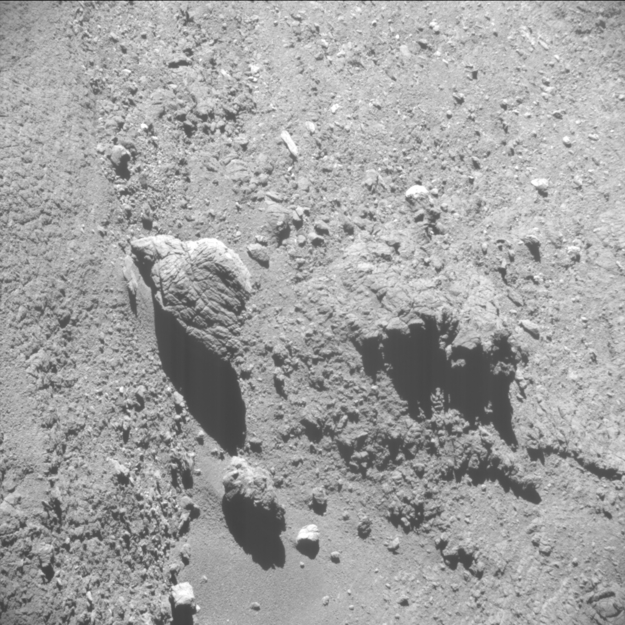 Rosetta navigation camera (NavCam) image taken on 14 September 2016 at 4.2 km from the centre of comet 67P/Churyumov-Gerasimenko, or about 2.6 km from the surface in this view. The image measures 225 m across and has a scale of about 0.2 m/pixel. This is one of the three closest images taken by NavCam. Additional details and a context image are in this Rosetta blog post.