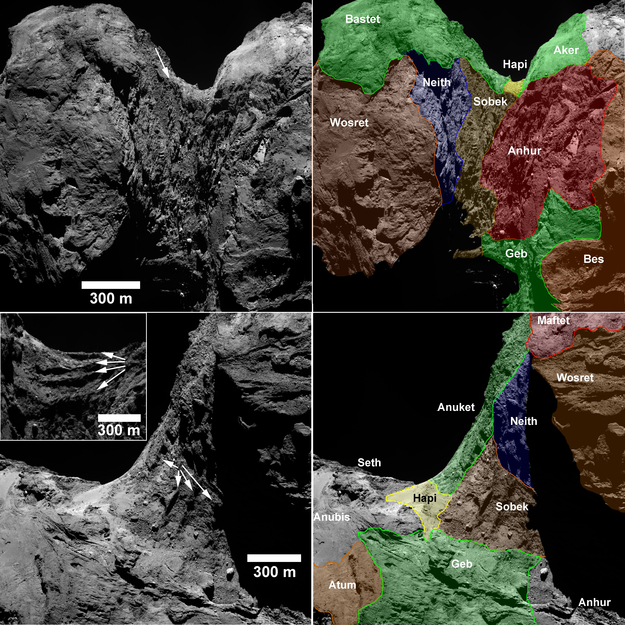 The OSIRIS cameras on Rosetta acquired images of the northern hemisphere of comet 67P/Churyumov-Gerasimenko since arrival in August 2014. Starting in May 2015, the southern hemisphere became illuminated and was imaged.

Further details can be found in "Regional surface morphology of comet 67P/Churyumov-Gerasimenko from Rosetta/OSIRIS images: The southern hemisphere" by M.R. El-Maarry et al., accepted for publication in A&A, 2016.

This image was updated on 3 March 2017. The new image corresponds to the correct version as published in a corrigendum to the original paper. For details see here.