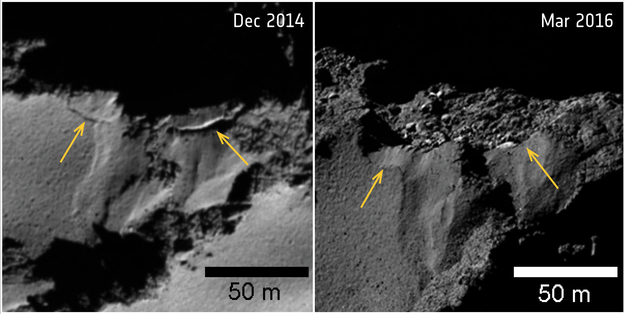 Several sites of cliff collapse on Comet 67P/Churyumov-Gerasimenko were identified during Rosetta's mission. This image focuses on an example in the Ash region, close to the boundary with Imhotep on the comet's large lobe. The yellow arrows mark the fractures where the detachment occurred. The collapsed sections are about 15 m long for the left-hand section, and 9 m for the right-hand section. Additional images taken from greater distances suggest the collapse occurred between May and December 2015.