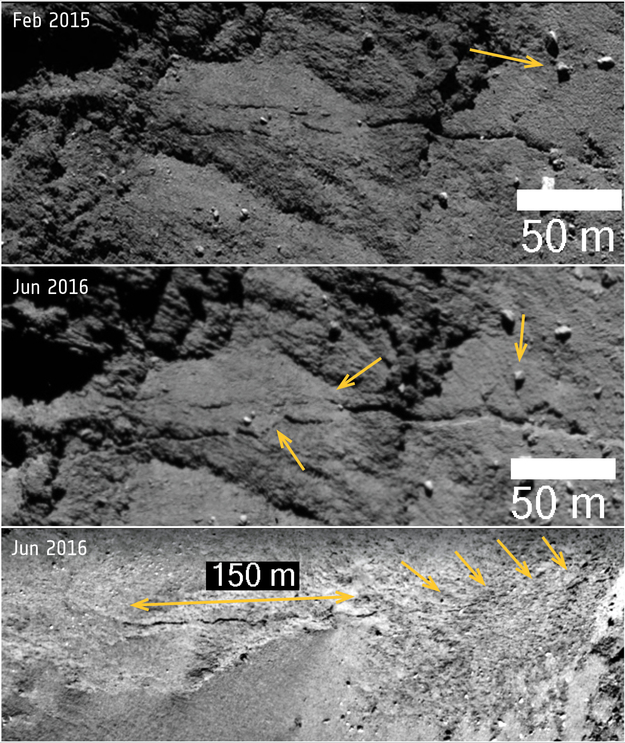 Close to the fractures identified in Anuket, a 4 m-wide boulder moved by about 15 m, as determined by comparing images taken in February 2015 and June 2016 (top right in the top two images). It is not clear if the fracture extension and movement of the boulder are related to each other or caused by different processes. The image pair also shows a section of the fracture system where the fracture propagation is most evident (indicated by the left and middle arrows).

The bottom image shows a close-up of the newly identified fracture that formed parallel to the main fracture. The horizontal arrow indicates the unambiguous 150 m-extent of the fracture, with the arrows at right following lineations that may represent a further 150 m extension.