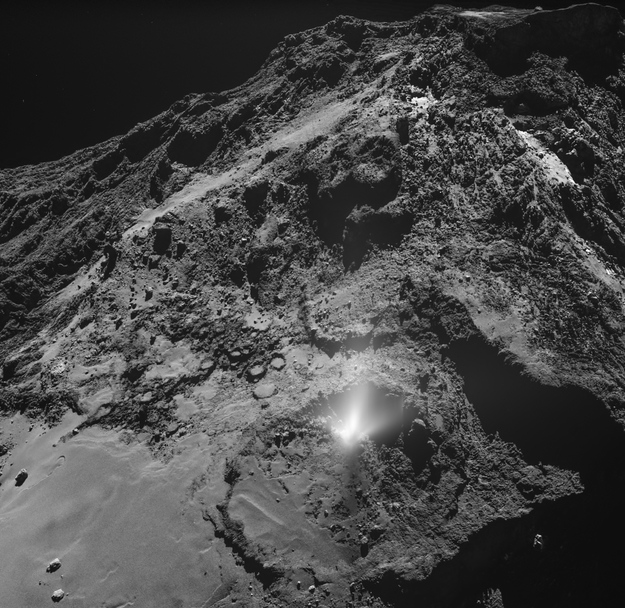 A plume of dust from Comet 67P/Churyumov–Gerasimenko, seen by the OSIRIS Wide Angle Camera on ESA's Rosetta spacecraft on 3 July 2016. The shadow of the plume is cast across the basin, which is in the Imhotep region.

This plume was especially useful from a scientific perspective. As well as observing the site of the plume and the plume itself, Rosetta’s trajectory took it through the ejected material, allowing instruments to collect valuable in situ measurements. Analysis of these data indicates that some as-yet-undetermined source of subsurface energy helped to power the plume.