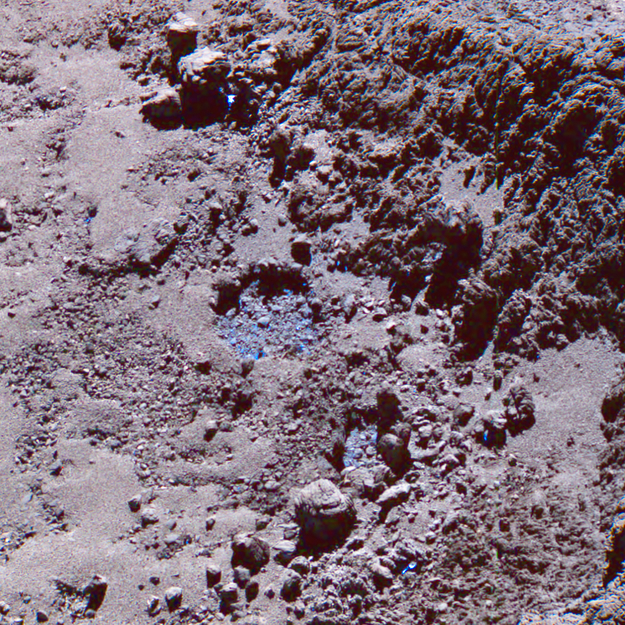 On 3 July 2016, a dust plume was spotted streaming from Comet 67P/Churyumov–Gerasimenko (67P/C-G), the target of ESA's Rosetta mission. This image, taken by Rosetta's OSIRIS (Optical, Spectroscopic, and Infrared Remote Imaging System), shows the appearance of the plume site at 21:26 UTC on 2 July 2016, about 10 hours before the outburst took place.

This view comprises three separate images from OSIRIS's Narrow Angle Camera, and combines observations gathered using the system's red (near-infrared), green, and blue channels (coloured red, orange, and blue respectively to create this false-colour composite). The patches of light blue seen in the frame indicate the presence and location of water ice. The outburst was located within the ice-filled depression near the large boulder towards the bottom of the frame.