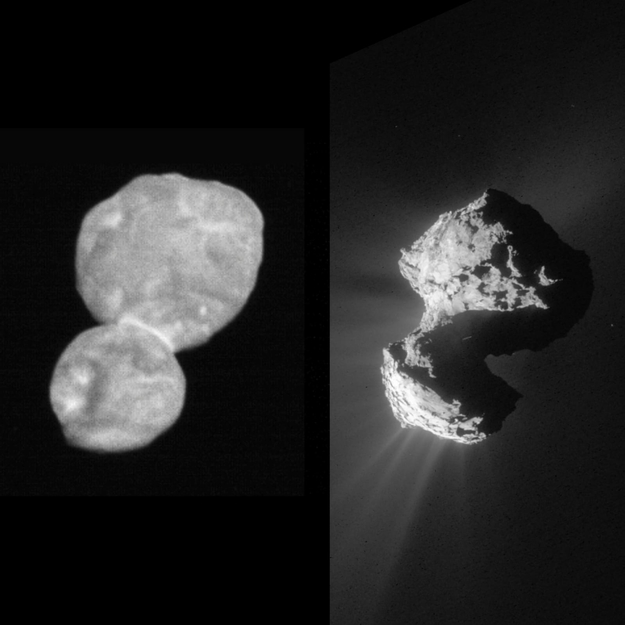 NASA's New Horizons flew by Ultima Thule on 1 January 2019, with subsequent images and data suggesting that its two lobes are rather more 'squashed' like a pancake, with respect to Comet 67P/Churyumov-Gerasimenko. Ultima Thule, which sits beyond the orbit of Neptune in the outskirts of the Solar System, is about 34 km long, with the two lobes measuring about 19.5 and 14.2 km across.