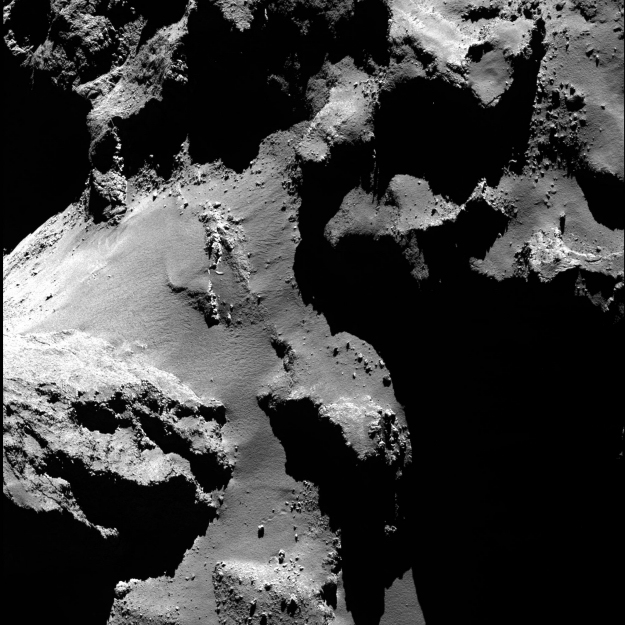 An example of a boulder having moved across the surface of Comet 67P/Churyumov-Gerasimenko's surface, captured in Rosetta's OSIRIS imagery. The image was taken with the narrow-angle camera and shows the boulder in the lower third of the image.