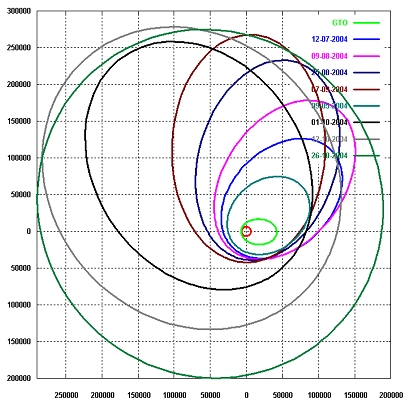 Since the start of the mission SMART-1's orbital elements have been changed by the ion-engine and the lunar resonances as follows:

Also note the change in the orbit inclination, which has now reached 20°. As explained in status report No. 29, it was mainly the task of the last resonance to shift the orbit plane of the spacecraft towards the the lunar orbit plane, which is inclined at 28° with respect to the Earth equator (it varies between 28° 35' and 18°21' with a period of 18.6 years).