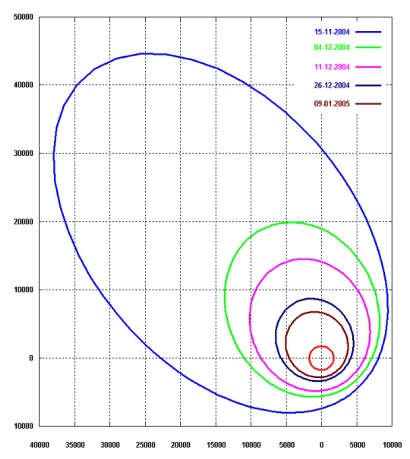 The diagram shows the SMART-1 osculating orbit at several dates during the spiralling in to the final operational orbit. On 9 January the orbital period was slightly more than 8 hours and the orbital inclination reached 87.9°. The argument of perilune was at 289°, which means that the lowest altitude was in the Moon's southern hemisphere at about 72° latitude.