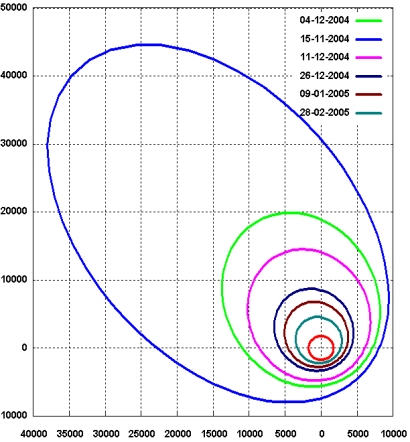 This diagram shows the SMART-1 osculating orbit at several dates during the spiralling in to the final operational orbit.