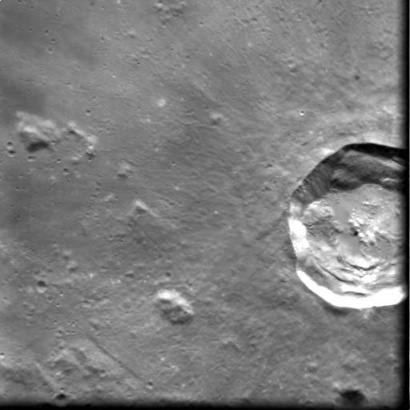 Kepler is a small, young, lunar crater.  Despite being just 32 km in diameter the crater and its assocaited system of rays is visible from the Earth.

The crater itself is 2.6 km deep and contains evidence for terracing and a central peak and is of similar age to the Lichtenberg crater, and the more widely known Copernicus and Tycho craters.  In common with these last two, Kepler also contains a series of bright rays stretching around 300 km from the crater.

The crater is named after Johannes Kepler (1571-1630) who empiracally derived three fundamental definitions of planetary motion based on data obtained by another observer Tycho Brahe (1546-1601).