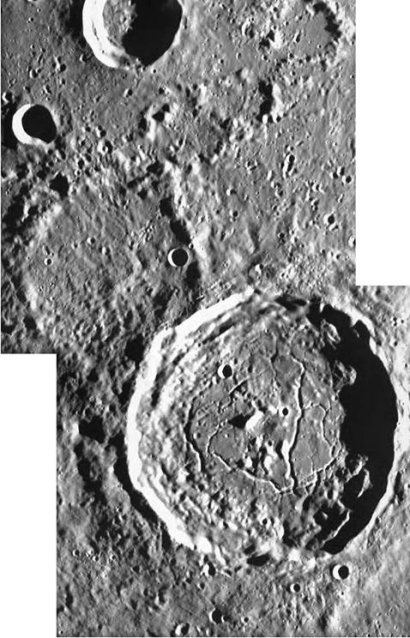 This image of crater Atlas was taken by the AMIE instrument on 3 February 2006 at a distance of 2474 km from the surface.

Crater Atlas lies northeast of Mare Serenitatis and southeast of Mare Frigoris at longitude 44.4° E, and latitude 46.7° N, and has diameter of 87.0 km.

To the north, at the top of this picture lies the small crater Keldysh (33km diameter) at longitude 43.6° and latitude 51.2° N.

Crater Atlas is named after one of the Titans from Greek mythology, and crater Keldysh is named after the Soviet mathematician Mstislav Vsevolodovich Keldysh (1911-1978).