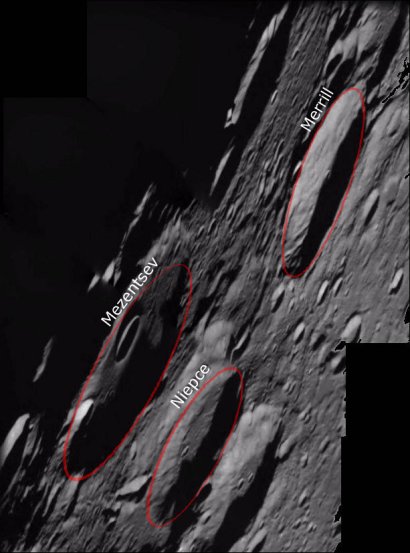 This image was taken by the Advanced Moon Imaging Experiment (AMIE) on 16 May 2006. The imaged area is centred at a latitude of 73° North and a longitude of 124° West, on the far side of the Moon.