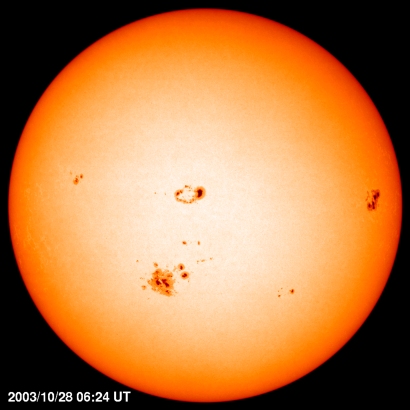 This image from the Michelson Doppler Imager (MDI) on board SOHO shows the Sun's disk on 28 October 2003, at 06:24 UT, a few hours before the first of the two flares. The large group of sunspots of active region 10486, from which the flares later originated, is in the lower left quadrant of the Sun's disk.

A movie showing the evolution of the sunspots on the Sun's disk between 20 and 31 October is available from the right-hand menu under "related videos".