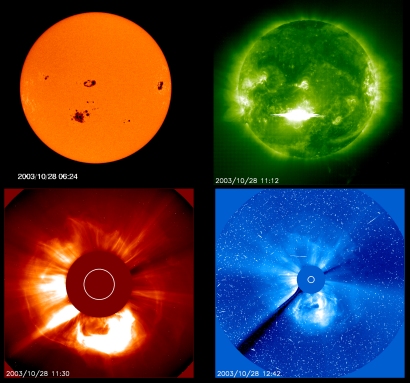 The four panels in this image capture the first of the two flares and the associated CME on 28 October 2003, with four views from different instruments on board SOHO.

Note: a central occulting disk blocks out the Sun in the two LASCO images to allow study of the faint details in the Sun's corona. The size of the Sun's disk is indicated by the white circle.

LASCO C3 series of a CME