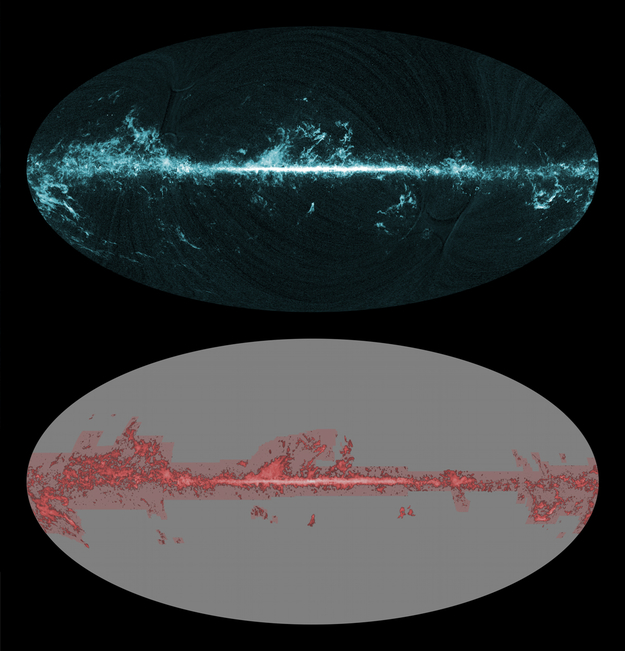 This all-sky image shows the distribution of carbon monoxide (CO), a molecule used by astronomers to trace molecular clouds across the sky, as seen by Planck (blue). A compilation of previous surveys  (Dame et al. (2001)), which left large areas of the sky unobserved, is shown for comparison (red).