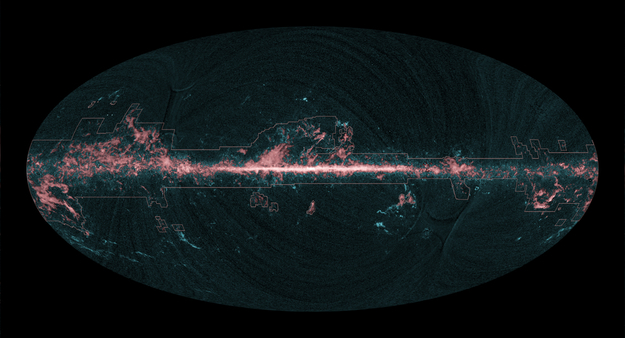 This all-sky image shows the distribution of carbon monoxide (CO), a molecule used by astronomers to trace molecular clouds across the sky, as seen by Planck (blue). A compilation of previous surveys (Dame et al. (2001)), which left large areas of the sky unobserved, has been superimposed for comparison (red). The outlines identify the portions of the sky covered by these surveys.