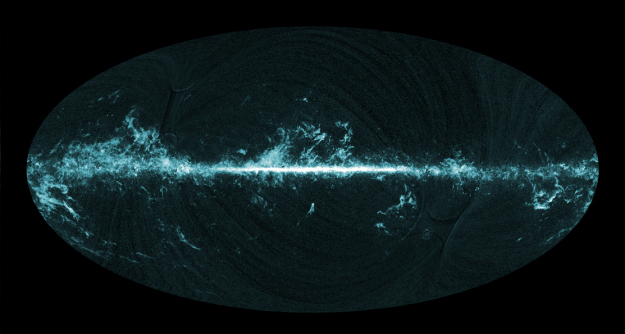 This all-sky image shows the distribution of carbon monoxide (CO), a molecule used by astronomers to trace molecular clouds across the sky, as seen by Planck. The stripes visible in the image are an artifact of the mapping and CO component extraction process.

This is the first all-sky map of CO ever compiled. The largest CO surveys thus far have concentrated on mapping the full extent of the Galactic Plane, where most clouds are concentrated, leaving large areas of the sky unobserved.

Through the Milky Way