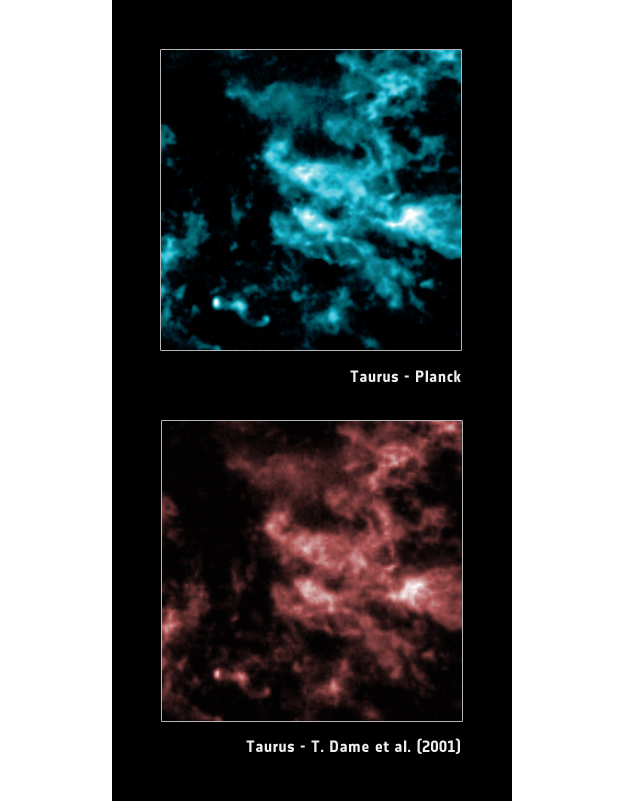 This image shows the Taurus molecular cloud complex as seen through the glow of carbon monoxide (CO) with Planck (blue). The same region is shown as imaged by previous CO surveys (Dame et al., 2001) for comparison (red).

Emission lines affect a very limited range of frequencies compared to the broad range to which each of Planck’s detectors is sensitive, and are usually observed using spectrometers. But some CO lines are so bright that they actually dominate the total amount of light collected by certain detectors on Planck when they are pointed towards a molecular cloud like the Taurus complex.

The all-sky CO map compiled with Planck data shows concentrations of molecular gas in portions of the sky that had never before been surveyed. Planck's high sensitivity to CO also means that even very low-density clouds can be detected, and new details can be revealed in clouds that were already known. This can be seen by comparing the two images of the Taurus cloud: the Planck image allows astronomers to study the cloud structure in greater detail.