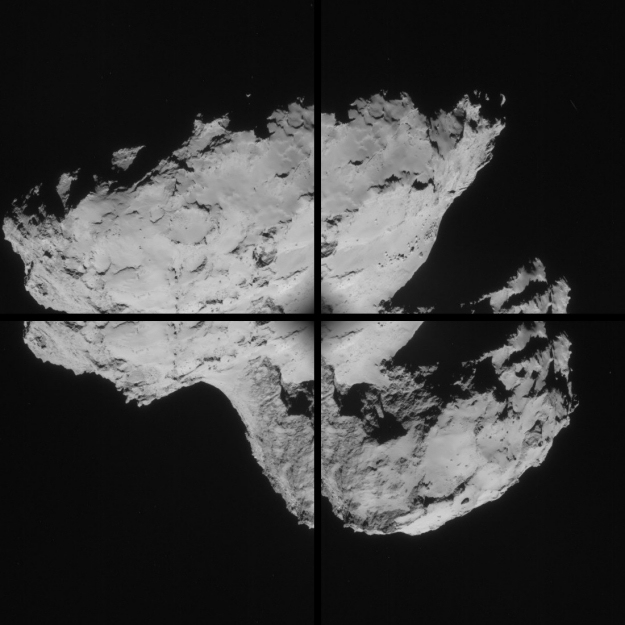 Montage of four images taken by Rosetta's navigation camera (NAVCAM) on 31 August 2014 at a distance of 61 km from comet 67P/Churyumov-Gerasimenko. The comet nucleus is about 4 km across. The four images were taken in sequence as a 2×2 raster over an approximately 20 minute period, meaning that there is some motion of the spacecraft and rotation of the comet between the images.

The images have been cleaned to remove the more obvious bad 'pixel pairs' and cosmic ray artefacts, intensities have been scaled to show a wide range of features, and the montage has been cropped to remove most of the black space around the comet. The dark feature in the centre is an imaging artefact.