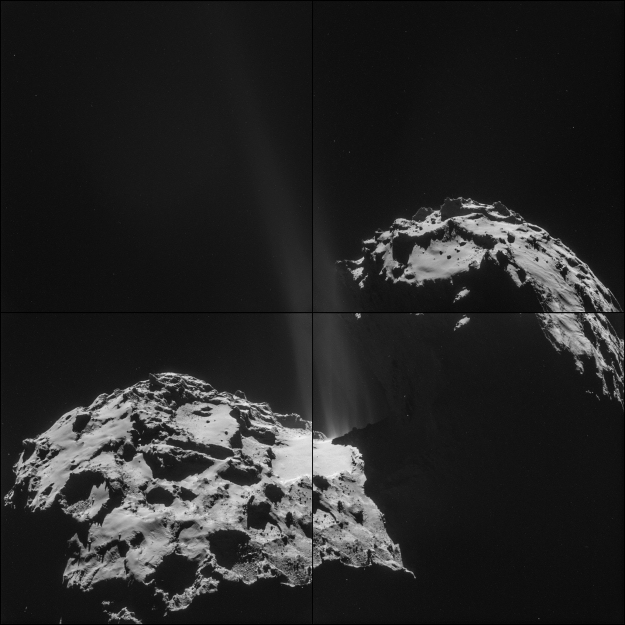 Montage of four images taken by Rosetta's navigation camera (NAVCAM) on 26 September 2014 at 26.3 km from the centre of comet 67P/Churyumov-Gerasimenko. The image shows the spectacular region of activity at the 'neck' of 67P/C-G. This is the product of ices sublimating and gases escaping from inside the comet, carrying streams of dust out into space.

The four images were taken in sequence as a 2×2 raster over a short period, meaning that there is some motion of the spacecraft and rotation of the comet between the images.