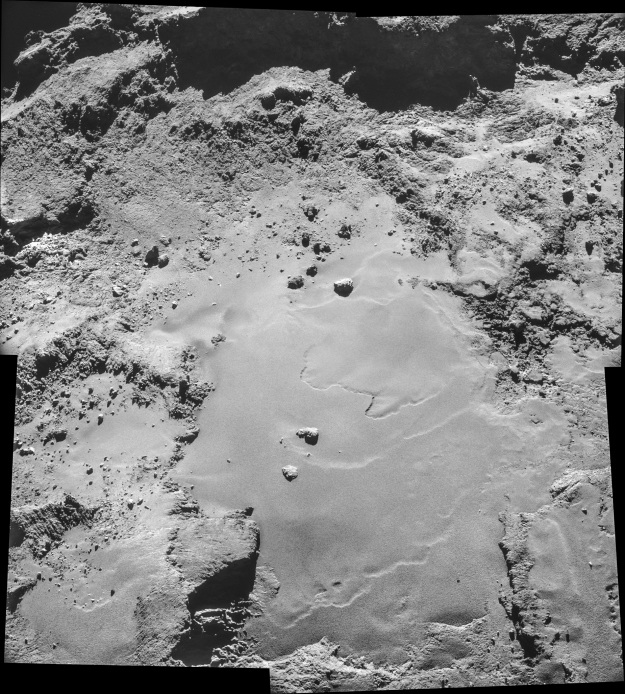 Mosaic of four images taken by Rosetta's navigation camera (NAVCAM) on 26 October 2014 at 9.8 km from the centre of comet 67P/Churyumov-Gerasimenko – about 7.8 km from the surface. The image scale is approximately 66 cm/pixel and the mosaic covers roughly 1200 × 1350 metres.