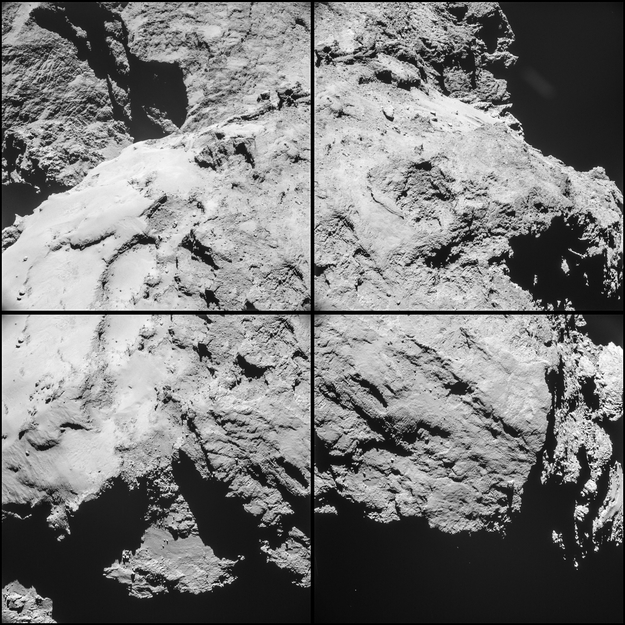 Starting at 10:15 UTC the four images were taken in sequence by Rosetta's navigation camera (NavCam) as a 2×2 raster over a period of about twenty minutes, meaning that there is some motion of the spacecraft and rotation of the comet between the images.

This image set was taken at an average distance of 12.6 km from the comet centre, or about 10.6 km from the surface seen in the foreground. Using the surface distance, the image scale is 0.9 m/pixel and the montage measures about 1.8 km across.