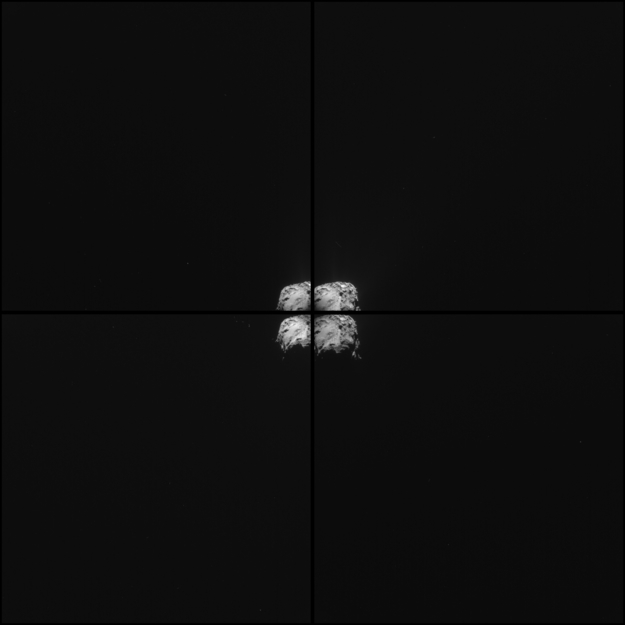 Montage of four images taken by Rosetta's navigation camera (NavCam) on 16 February 2015 at an average distance of 226.5 km from the centre of comet 67P/Churyumov-Gerasimenko. The image scale is about 19.3 m/pixel and the individual frames each measure about 19.8 km across.