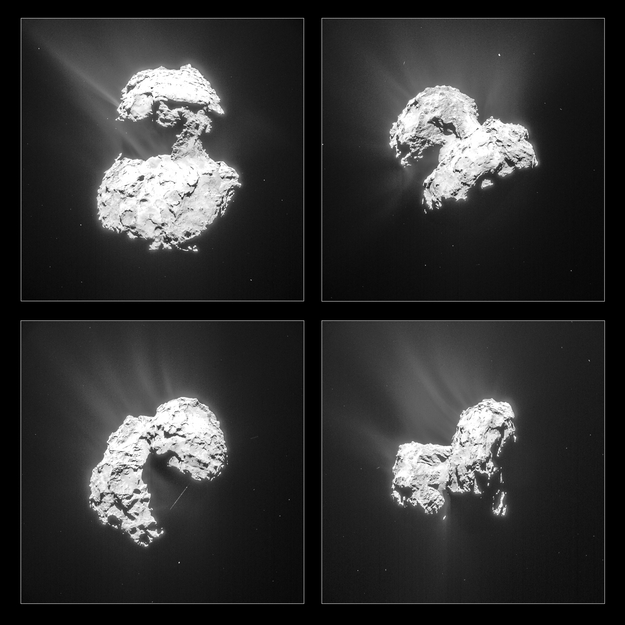 Montage of four single-frame images of comet 67P/Churyumov-Gerasimenko taken by Rosetta's navigation camera (NavCam) at the end of February 2015. The images were taken on 25 February (top left), 26 February (top right) and on two occasions on 27 February (bottom left and right).

The four individual images are available as related images in the right-hand menu.