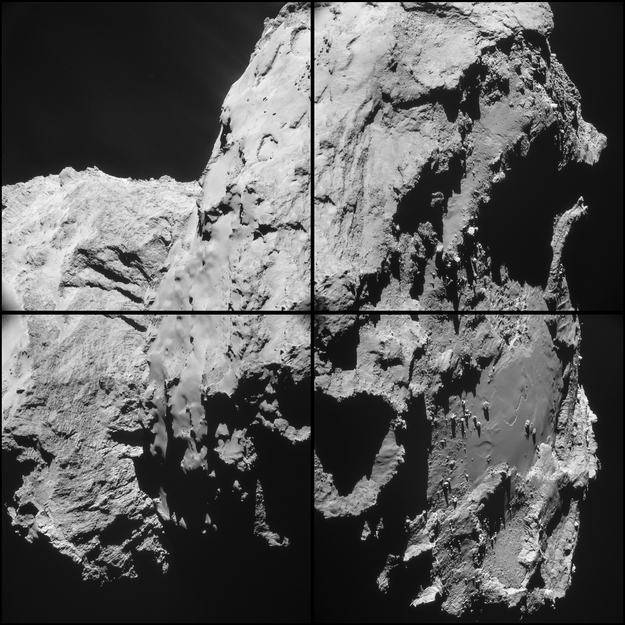 Starting at 09:33 UTC the four images were taken in sequence by Rosetta's navigation camera (NavCam) as a 2×2 raster over a period of about twenty minutes, meaning that there is some motion of the spacecraft and rotation of the comet between the images.

The images have been cleaned to remove the more obvious bad pixels and cosmic ray artefacts, and intensities have been scaled. Some contrast enhancement has been applied. The four individual images are also available as related images in the right-hand menu. A mosaic of the two images on the right (C and D) stitched together is available here.