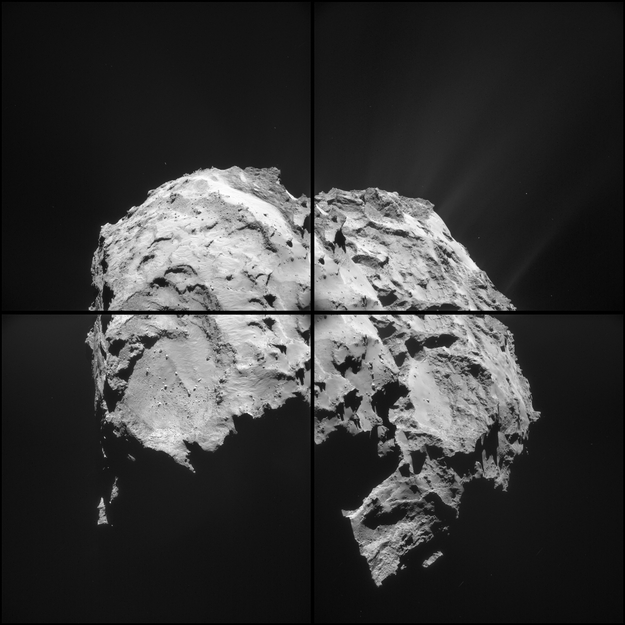 Starting at 19:37 UTC the four images were taken in sequence by Rosetta's navigation camera (NavCam) as a 2×2 raster over a period of about twenty minutes, meaning that there is some motion of the spacecraft and rotation of the comet between the images.