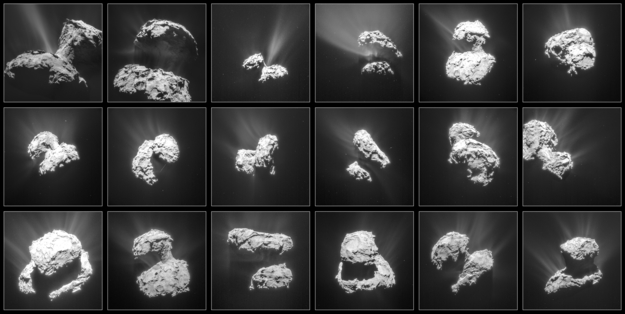 This montage of 18 images shows off the activity of comet 67P/Churyumov-Gerasimenko from many different angles as seen by Rosetta's navigation camera (NavCam). The images were taken between 31 January 2015 (top left) and 25 March 2015 (bottom right), when the spacecraft was at distances of about 30 to 100 km from the comet. At the same time, comet 67P/C-G was at distances between 363 million and 300 million kilometres from the Sun.

The montage is also available in pdf format (12 MB).

Links to the 18 individual images: