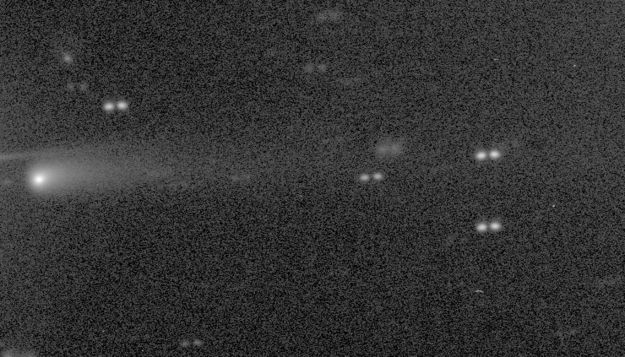 This image is based on data acquired on 22 May 2015 with the VLT/FORS2 instrument. It is a combination of two 30s R-band exposures, aligned on the comet. The comet moved against the background stars between the two images, leading to double stars in this combination.

The comet's dusty coma and tail is swept away from the Sun, which is towards the left of the image in this orientation. The tail can be seen to stretch at least 120 000 km in this relatively shallow image. The image is about 300 000 km wide at the distance of the comet.