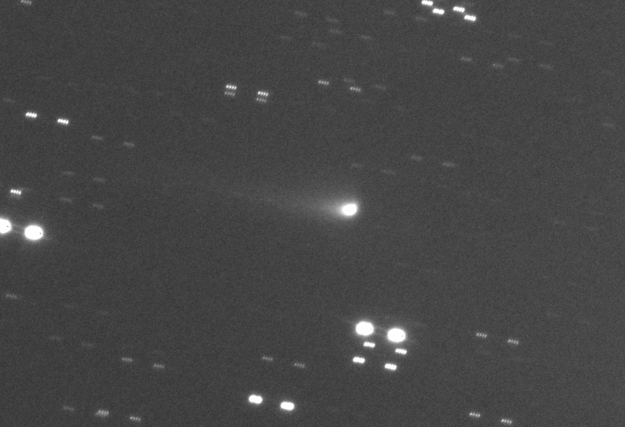 Ground based image of comet 67P/Churyumov-Gerasimenko, obtained with the 2 m Liverpool Telescope. It comprises 10 × 20s r-band images taken on the morning of 19 July 2015.

The length of the comet's tail visible in the image in the twilight sky is approximately 120 000 km.