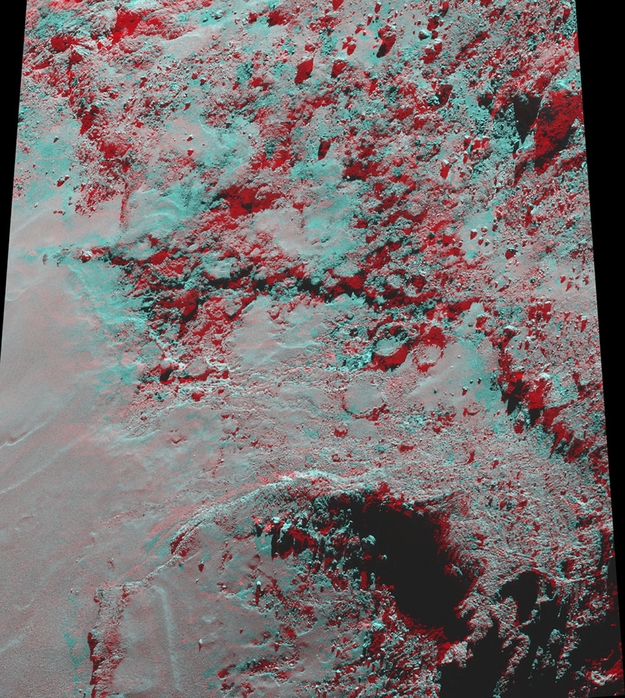 Anaglyph image of part of the Imhotep region on the large lobe of comet 67P/Churyumov-Gerasimenko. To best enjoy this view, use red–green/blue 3D glasses.

The image was created from two OSIRIS narrow-angle camera images acquired on 22 November 2014 from a distance of 31 km from the comet centre. The image scale is 56 cm/pixel.