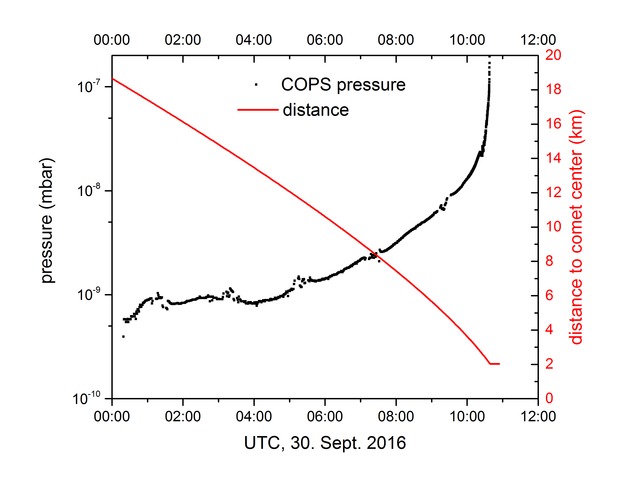 ROSINA's Comet Pressure Sensor (COPS) measured the pressure of gas in the vicinity of the spacecraft during its final hours. The surface is at a distance of roughly 2 km from the centre of the comet. The small breaks in the black line are due to internal adjustments of the COPS instrument being made during the descent to cope with the rising pressure. Image courtesy K. Altwegg.